Man in a Van Drives off with a Bookmark Award 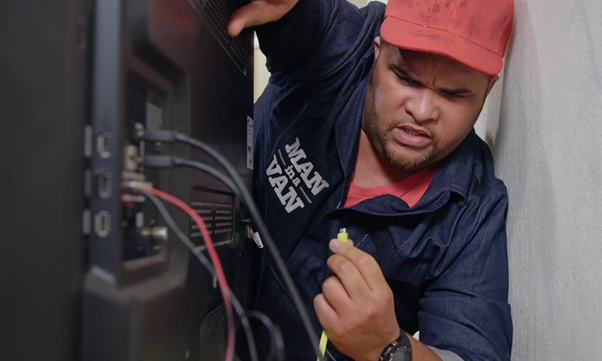 Eclipse Public Relations and King James have scooped a Bookmark Award for their Man in a Vancampaign, created for Netflix. The campaign was recognised in the Channel category for its use of online video to further marketing goals.

Jacki McEwen, Eclipse PR Founding Partner, says: “South Africans are excited about the access to global and local content that Netflix offers, but with streaming in its infancy in the country, we noticed a growing need for education on how easy it is to install the service. We conceptualised and motivated a locally relevant campaign to the global Netflix team to engage South Africans in a fun and relatable way.

“South Africans love local; and love to laugh at themselves, so we harnessed the comedic genius of Jason Goliath, to capture attention and create talkability. The result was a hilarious, mockumentary-style campaign that went viral.”

The tongue-in-cheek series of videos, created by King James, featured Jason as a Man in a Van who has the know-how to install Netflix. The irony of the video is of course that no one really needs a ‘Man in a Van’ to get Netflix: Get it yourself. No installation required.

Without promoting the content, the campaign garnered 49,2k views, 2.1k likes, 1.3k retweets and 160 comments within a mere 24 hours of posting on Twitter. It reached 240k people across owned channels and 94M earned incidents of eyes and ears.