For its commitment to using design as a social, cultural and economic development tool, the City of Cape Town was awarded the prestigious title of World Design Capital 2014 (WDC 2014) and was the first African city to have been given the honour. Eclipse PR, in a stringent pitch process, was awarded the role of Press Office for the programme.

When accepting this designation on behalf of the city, South Africa and the African continent, Executive Mayor of Cape Town, Alderman Patricia de Lille expressed a desire for every citizen to feel the impact of WDC 2014.
Our main objective was to communicate all WDC messages to the public as well as create awareness of all the projects through media channels. Challenges included limited budget and resources available to widely promote WDC 2014, coupled with an overwhelming number of projects involved (over 460 recognised projects) requiring exposure.

Our strategy relied on our strong media relationships, built up over the years to carry WDC2014 messages to the public. We focused on a few projects that fit into one overarching campaign pillar (sustainability, education, design, etc.) each month to avoid bombarding media with too many messages all at once. 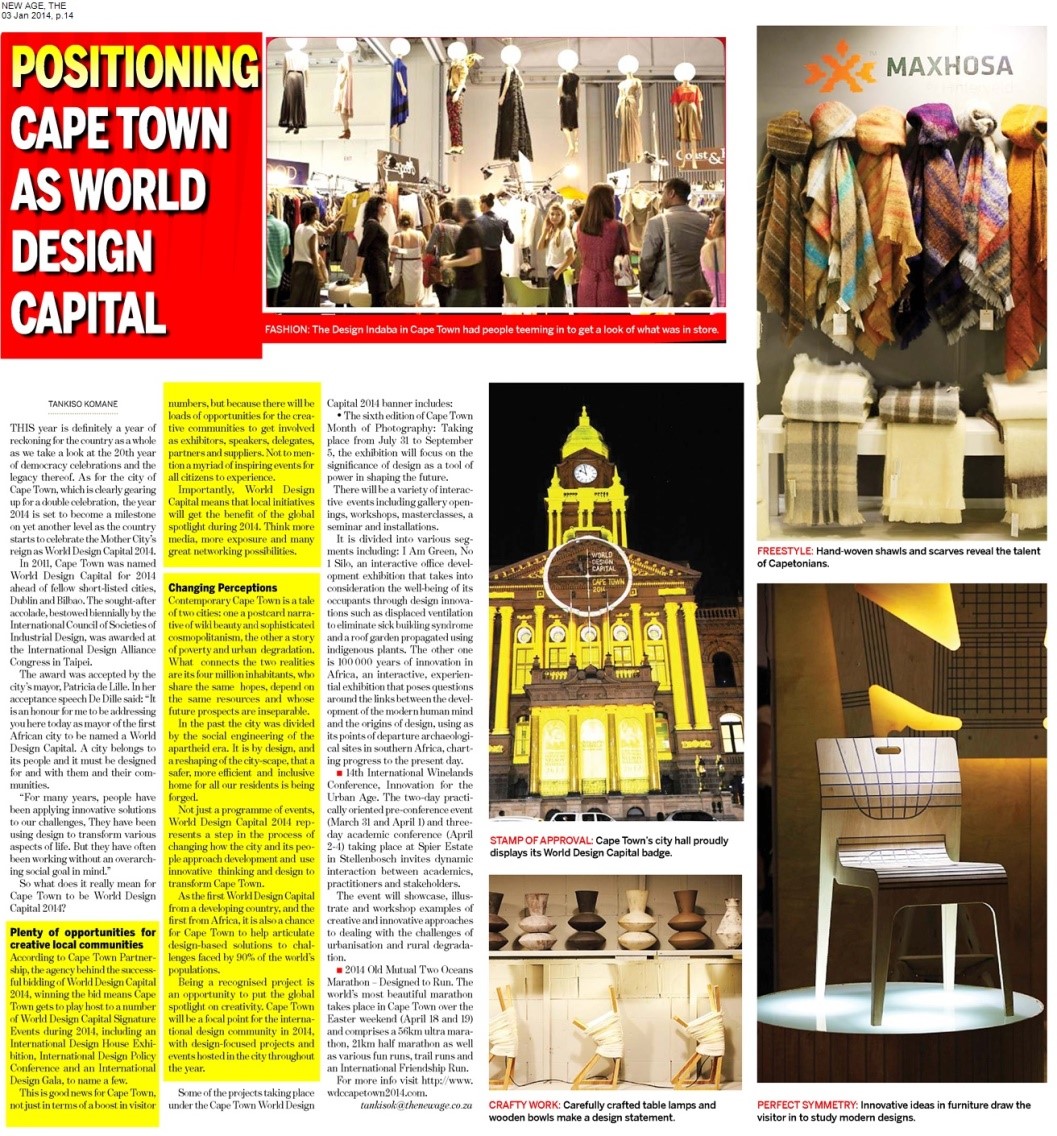 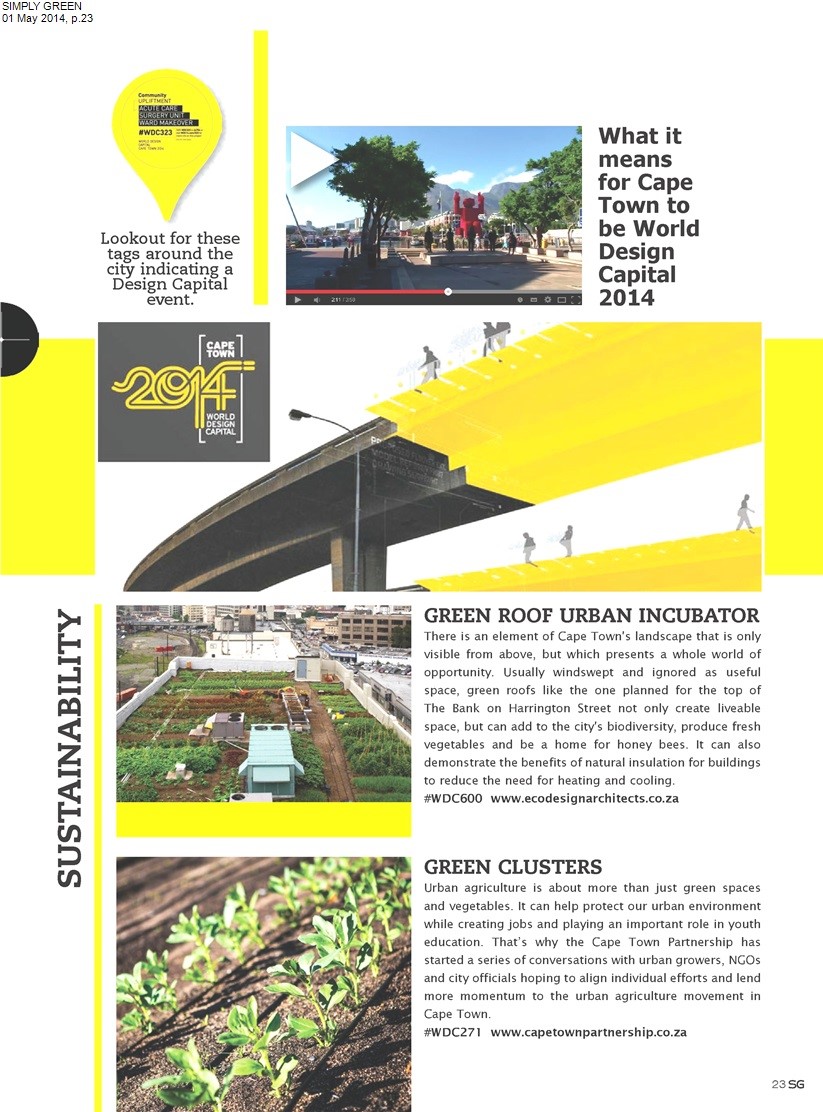 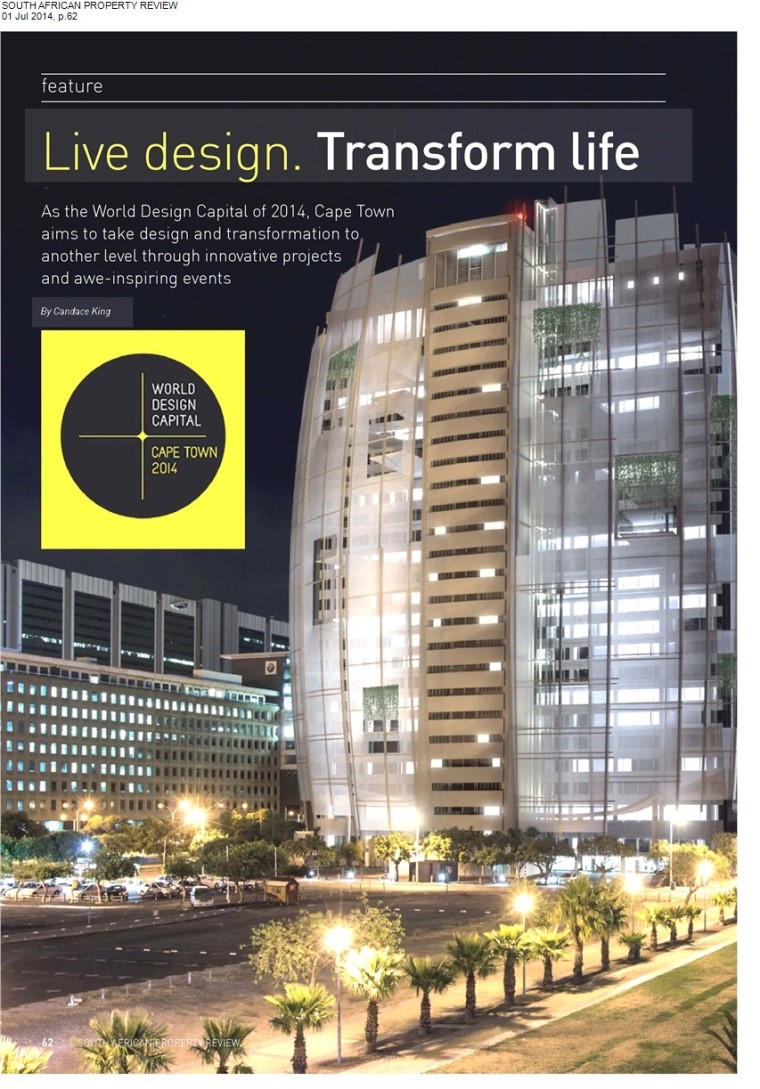 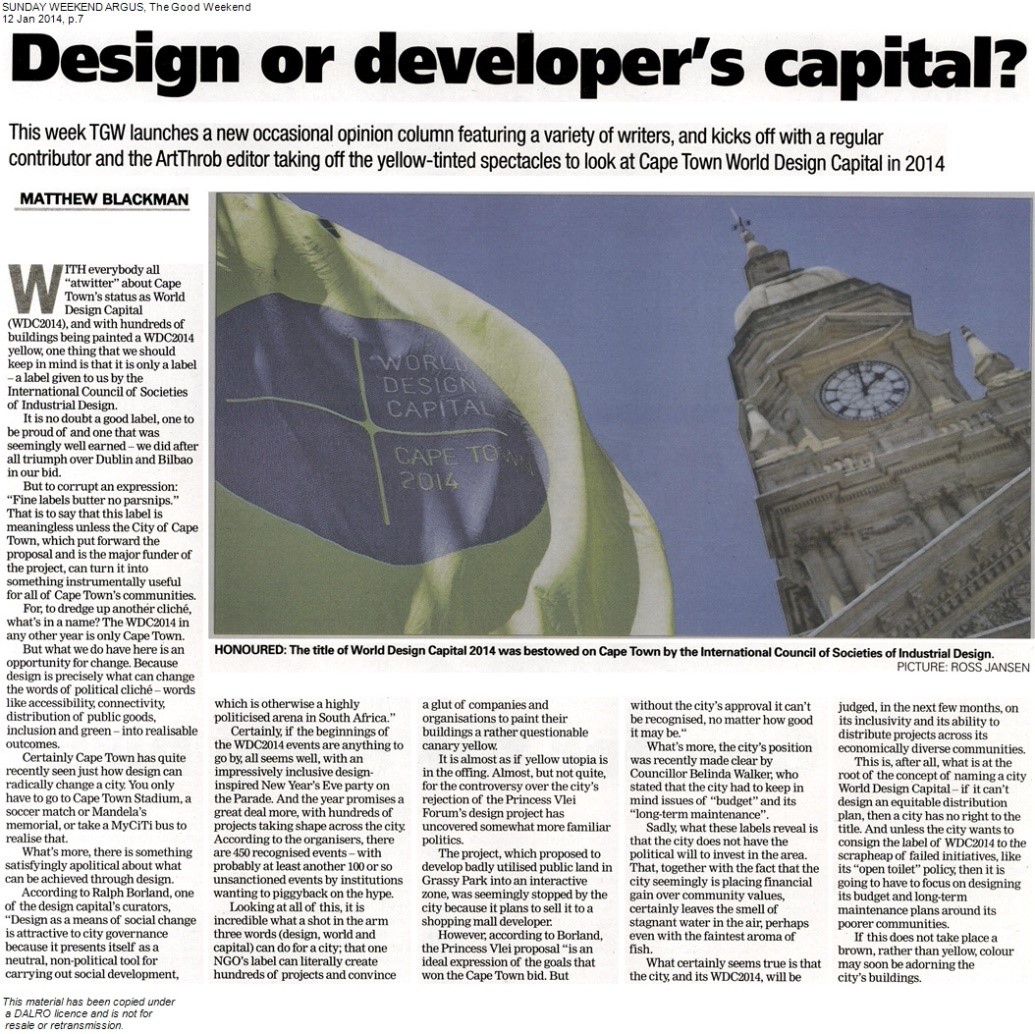 We hosted a monthly media briefing session to discuss projects and WDC messages. Our team drafted all content and seeded press releases and visuals to media monthly.